Journey to Find the Eagles Nest 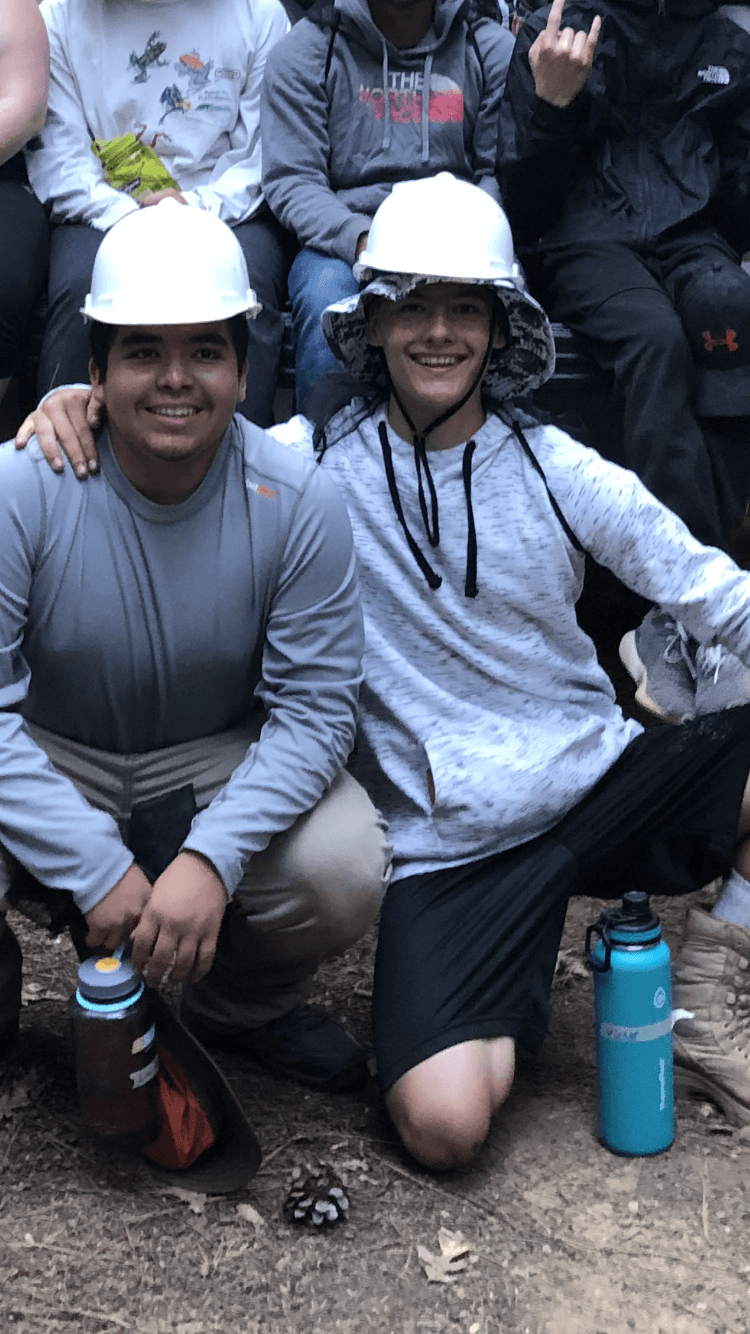 Luis (left) and Victor (right) from the White Hat Crew!

First, we started our walk over a reservoir and we saw a man fishing, the fish the man had was very small, so he put it back into the water. Then we started walking some more, after a while, we ran into some folks with two dogs. They told us we were close to the eagles nest. We started walking some more and ended up next to this creek where we stopped and had lunch before going to find the eagles nest. While everyone was finishing up lunch, some of us went to skip rocks. While we were trying to find rocks, we ran into two water snakes, these water snakes were interesting, so we decided to pick one of them up and feel it. After the snake, we decided to play a game, their games was called birds and perches. As we were playing the game, we saw two bald eagles, so we decided to go and walk toward where we saw the eagles. When we saw the eagles nest, I was so surprised by how big it was.