The backpacking trip in Lassen was something else. We started from Summit Lake, aiming to camp at Horseshoe lake that night. We started off the trip by getting somewhat lost, unable to find the trail to Horseshoe Lake from the Summit Lake campground. After backtracking, forward tracking, and back tracking again, we finally found the trail. From there, the hike was pretty nice. It was cloudy, an indication of things to come, but good temperature. Eventually we made it to Horseshoe Lake, and the volunteer ranger there, Ron I think, was quite the character. It was a good night, with a strange mixture of tuna, spinach, and mashed potatoes for dinner. The next day was less fun. We hiked to Snag Lake on the way to Rainbow Lake, and ended up sheltering under our tars as rain and hail pelted down. We then made it to Rainbow Lake after the storm cleared. As it turned out, it wasn’t to stay clear. For the rest of the day, there was a pretty persistent drizzle. However, it cleared up midway through dinner time. The last day of the hike was probably my favorite. The storm had passed and it ended up being a very nice day. We hiked past Twin Lakes, which was gorgeous, we had a bit of a time crunch, with a late start and five miles to cover in a bit less that four hours. None the less, it was a great hike. There was an absolutely incredible vista off Lassen, covered in fresh snow and [wrapped] in clouds. Overall, the trip had some pretty hard moments. I’ll never forget hiking up a steep ridge and hearing the thunder start to roll in when I thought the storm had passed, or setting up camp in the rain. However, it was also a lot of fun, and something I’m really glad I did. 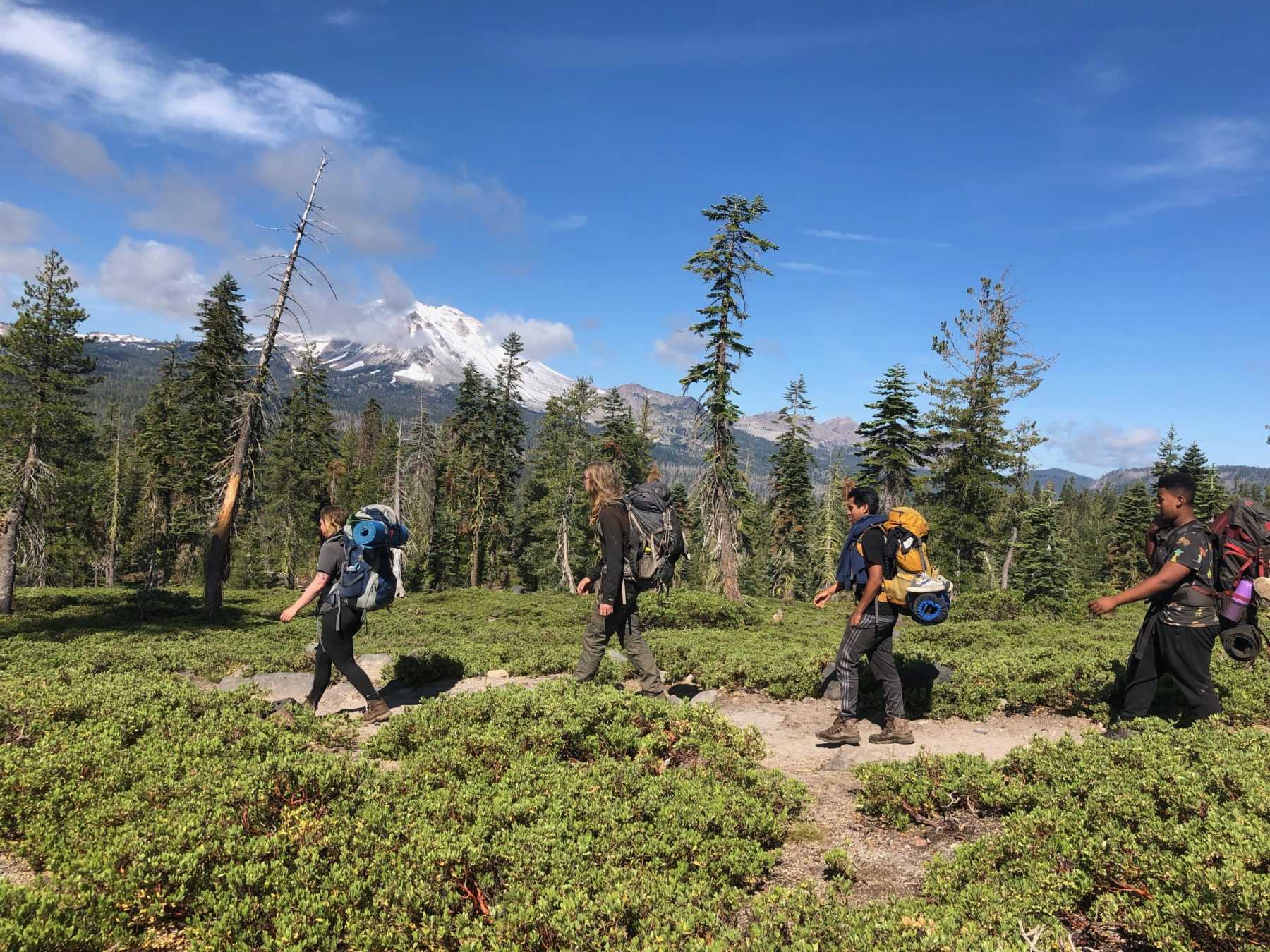